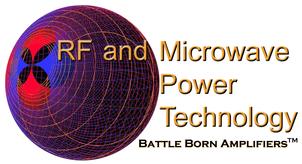 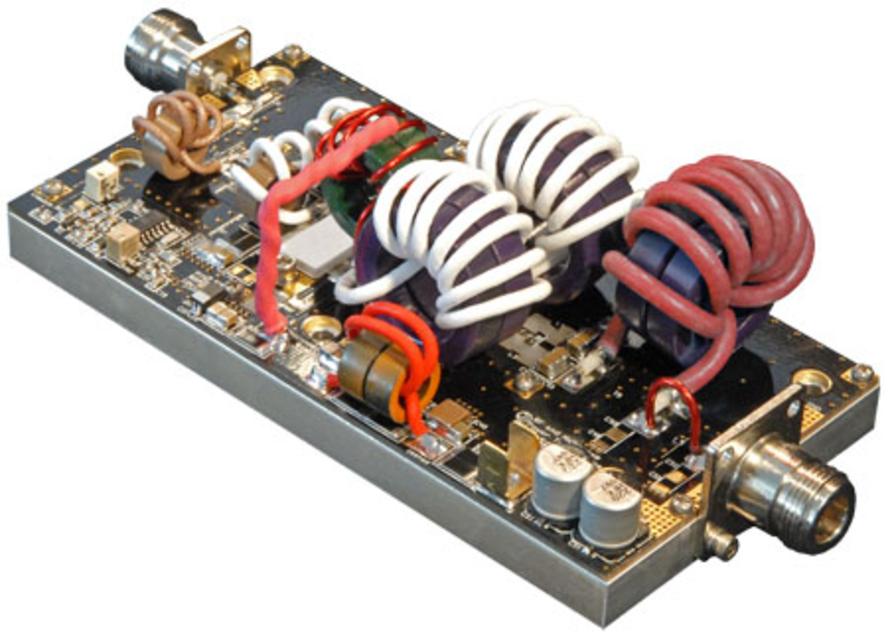 Welcome!  Here's where you'll find all of the latest news about our company - new product releases, tradeshows, presentations, and company growth.

February, 2022
A new high power VHF pulse amplifier is now available, the RFP140-180-450XR-P.  This new amplifier is designed specifically for VHF radar applications, and is rated for long pulses up to 1msec at 20% duty cycle.  Frequency response, as well as maximum pulse length and duty cycle, can be modified for a customer's specific requirements.  Contact us to learn more.

RFMPT recorded another year of greater than 100% growth.  Our business has more than doubled each year for the past two years.  Thank you to all of our great customers for making this happen!

February, 2019
Six new XR-rated high gain pallet amplifiers are now available, serving the military HF communications and ISM markets.  Rated at 100W and 150W CW, these new amplifiers fill the void between our popular 25W Class A and 50W Class A/AB amplifiers, and our high power 400W and 1kW output power amplifiers.  While now only available in pallet form, for large enough opportunities, they can be supplied in module form, and/or tuned for narrow or broadband operation to 400MHz and beyond.  Datasheets for the new amplifiers can be found on our XR Series, RF Energy, and Pallet Amplifiers web pages.

The first two models of our new RF generator product line have been released.  Featuring internal VCOs and VVAs, they offer variable frequency drive and over 30dB of output power control.  All models feature an XR-rated output transistor for maximum ruggedness into mismatched loads, and a high speed disable control line for protection in the event of a system fault.  Datasheets for currently available and soon to be released models can be found on our new RF Generators web page.

RFMPT is now registered in SAM, the U.S. Government's System for Awards Management, and is eligible to receive federal contracts.  For registration details, please search for "RF and Microwave Power Technology, LLC" on www.sam.gov.

June, 2017
Eight new high power broadband and single frequency pallet amplifiers from 27.12MHz to 230MHz have just been released.  They are rated for 350W to 400W CW, and all include drivers for 0dBm input capability.  All incorporate XR-rated output stages for dependable mismatched load drive capability.  Datasheets can be found on our Military Amplifiers, Pallet Amplifiers, RF Energy and XR Series Amplifiers web pages.

Twelve more amplifiers have just been released.  They are available in 100-500MHz, 225-400MHz, 170-230MHz and 118-142MHz frequency ranges.  Multiple configurations are available including modules and pallets, military and commercial, 50W and 100W, Class A and mixed Class A/AB amplifiers.  All of the new amplifiers are based on an ultra-broadband platform exhibiting excellent gain flatness, and use a conservatively rated output transistor for optimized performance and maximum ruggedness.  Datasheets can be found on our Military Amplifiers, Amplifier Modules, and Pallet Amplifiers web pages.

The first of our new line of LNAs, a 15dBm 10-1200MHz amplifier with a typical NF of 2.4dB, has also been released.  Its datasheet can be found on our new SATCOM / LNA webpage.

RFMPT welcomes Radiosound as our exclusive representative in India.  Radiosound was established in 1950, and supports numerous markets including military, aeronautics, space, telecom and atomic energy.  With a large dedicated sales force, they are well prepared to service customers' component and subsystem needs in the 100kHz to 300GHz frequency range.

RFMPT is now seeking qualified assemblers to be part of our exciting growth.  Please visit our new Employment webpage for details.

March, 2016
A new military amplifier module, the RFM1.5-30-25, has been released, and a new Military Amplifiers webpage has been added to our website.  The RFM1.5-30-25 extends the frequency range of our RFP2-30-25 amplifier, and adds numerous special functions and monitoring capabilities.  It incorporates high speed output disable, with less than a 1usec response time.  All of our existing 25W and 50W HF and VHF pallet amplifiers can be supplied in this format.

March, 2016
RFMPT welcomes Bob Todd as our Director of New Business Development.  Bob is a seasoned RF professional with over 30 years of experience in the RF power industry selling power transistors, power amplifiers, amplifier systems, and related components.  He has an extensive and successful background in sales, marketing, customer service, and quality assurance with companies such as Varian Associates, Ericsson Power Products, and Power Module Technology.  Welcome aboard Bob!

January, 2016
We've expanded our production group!  Due to heightened demand for our popular RFM2-30-500XR and RFP27.12-1000XR amplifiers, as seen in Microwaves & RF (http://mwrf.com/components/modular-amps-bring-high-hf-power-levels) we've increased our production capabilities.  With some of the finest assemblers in the business, we're well-positioned to deliver high performance amplifiers with short lead times.

December, 2015
A new high power HF amplifier module, the RFM2-30-500XR, has been released.  It shares the same excellent performance of its pallet amplifier equivalent, the RFP2-30-500XR.  It is designed specifically for high power HF military communication system integrators, and utilizes an XR-rated transistor for unsurpassed performance and ruggedness.

November, 2015
Another custom amplifier, the RFPC135-175-150, has been added to our Custom Amplifiers page.  This amplifier was designed specifically for production testing of a customer's products.  Contact us to discuss your special requirements.

October, 2015
A Custom Amplifiers page has been added to our website, showcasing a small portion of our custom and semi-custom amplifier design capabilities.

August, 2015
Two high power amplifiers are released.  The RFP2-30-500XR is a linear amplifier covering the 2-30MHz communications band and is rated at 500W CW.  The  RFP27.12-1000XR is a high efficiency 1kW 27.12MHz ISM amplifier.  Both utilize extra rugged (XR) transistors, and are engineered for high performance and long-term reliability.  Large scale system integrators now have the ability to build very high power density systems with increased efficiency, and improved ruggedness into mismatched loads.

Four more pallet amplifiers are released covering the 88 to 108MHz and 170 to 230MHz bands.  These amplifiers primarily serve the TV and radio broadcast markets, both analog and digital.  High performance Class A 25W drivers are available, as well as 50W Class A/AB amplifiers.